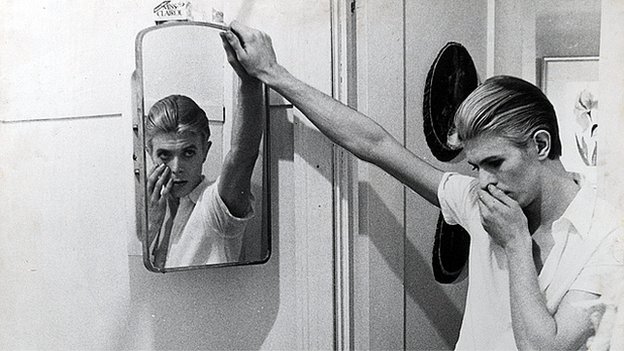 There’s been loads on the telly, radio and other media today, so we’re not going to try and say anything profound about David Bowie or quote any lyrics or anything like that here.

The news of him passing away though has clearly had an unsettling effect on just about anyone with any semblance of a soul, because there are very few constants in life, but Bowie being around and being effortlessly ace was always one of them.

And so somehow we are all left feeling that little bit more mortal.

To be honest, the lack of drama in this third round FA Cup tie was underlined by every media outlet focussing on the stupid cat that legged on the pitch near the end.

The visitors are struggling at the wrong end of League Two and were pretty honest about the fact that avoiding embarrassment was their priority. Everton completely rejigged their line-up, but ultimately Roberto Martinez was still drafting in international footballers all over the park. It was a complete mismatch then, settled by a first half header by Arouna Kone from Bryan Oviedo’s free-kick and then a late penalty won and converted by Kevin Mirallas. Such was the lack of threat from the Daggers, more people were watching that cat and shouting for Joel Robles to clear the little flea-bag over the stand than had their eyes on the opposition penalty spot.

There really wasn’t much else, apart from Ramiro Funes Mori suffering a cut to his head that could see him out of Wednesday’s Premier League game at Manchester City. Again, Dagenham’s lack of ambition meant that was there was no risk involved when Martinez replaced him with youngster Matthew Pennington.

It was good to see little Steven Pienaar back as well, because he’s great, and also because his inclusion prompted an hilarious slip of the tongue on Match of the Day, when Mark Lawrenson inadvertently referred to the South African as ‘throbbing love pump’. Which was a  bit weird.

Rumour has it that Pieanaar is returning to Ajax in the summer, as part of Martinez’s latest winger-go-round: Mirallas remains strongly linked with an exit, as do Aiden McGeady and Steven Naismith.

What? Naismith’s played out wide – really badly – but he still counts.

If you believe what you read, this clear-out and the associated influx of dough will make a big money move for Andriy Yarmolenko possible. However, the Ukrainian was linked with Barcelona last time we were in for him, and you just can’t help get the feeling that his representatives are looking to play to all the angles. Which is their prerogative, but there are definitely Joao Moutinho vibes emanating from this one.

Ooh, hang on, they’ve just done the draw on the box.

Carlisle or Yeovil away.

One thought on “Everton 2 Dagenham and Redbridge 0”