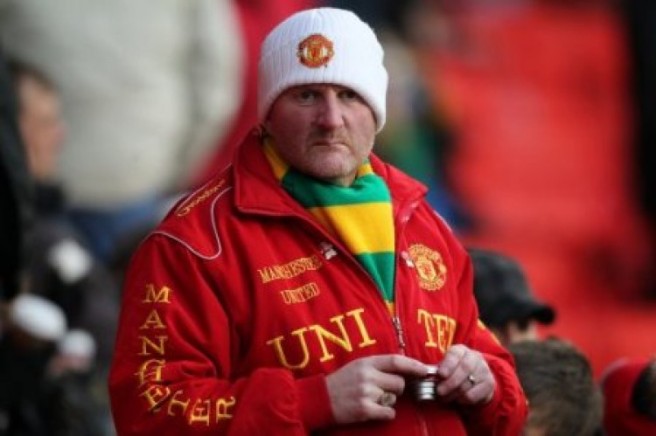 When Everton play Manchester United at Goodison on Monday it will be in the evening instead of the crack of lunchtime, for possibly the first time since the infamous ‘Scotland Road scuffle’ of 2005.

Thanks to the telly companies wanting to shoehorn as many games featuring the top clubs as possible into their schedules on the opening weekend of the new Premier League season, we get this weird start to our ‘campaign’.  The inverted commas there are to indicate that we are fully aware of how clichéd that word is, but it’s hard to come up with an alternative when you’ve already used ‘season’ in the same sentence.

All eyes will be on Robin van Persie, United’s big summer capture – to be honest, that last word almost got the ‘irony marks’ as well there – and no one would be at all surprised if the Dutchman with the 1950’s spaceboy hair slotted (slat?) on his debut. In fact, it will be more of a surprise if he doesn’t.

The Daily Star have tried to make out there will be some sort of sinister campaign waged by the home fans against Wayne Rooney, but it will be nothing he hasn’t heard before, and in fact nothing approaching the level of vitriol that Steven ‘self-defence’ Gerrard is subjected to whenever he visits our little corner of L4.

The signing of van Persie is seen by just about everyone as a statement of intent on behalf of Sir Alex Ferguson. His side were a couple of minutes away from winning the title last time out, and here they are adding the league’s outstanding goalscorer to their already potent ranks. You do have to wonder though, whether the Glaser family at any point questioned Ferguson over the timing of the deal. It just doesn’t seem to take the biggest footballing brain ever to decide that you suddenly want to pay great money for a player on the back of his best season ever. Anyone could do that.

That said, are the Glasers just not that arsed about short-term spending because they alone can see the bigger picture, which basically involves their massive Bernie Madoff scheme centred around the world’s most profitable club coming to a sudden and catastrophic end? After all, when you see them doing wacky stuff like trying to float United on various foreign exchanges and altering the club’s constitution, you are reminded of those scammers who crop up every so often in places like Florida, who construct elaborate property deals that inevitably come apart at the seams with murderous consequences.

Honestly, when the heat eventually comes down on those fuckers  they are definitely going to fake their own suicides. And finally, with no small amount of relief, United’s more militant fans will be able to turn their green and gold scarves over and reveal the words ‘TOLD YOU SO’ stitched into the reverse. Because it must irk some of them like fuck that the club continue to be dead good while they are storing tinned goods and bottled water in the apocalypse-proof bunker of the Northern Premier League.

Teasing aside, it’s easy to pick holes in some of the thinking behind the anti-Glaser movement, but you can’t really argue with things like this.

Anyway, Everton have got plenty of financial issues of their own, but for a week at least they have been put to the back of our collective blue minds as David Moyes has been allowed to spend a portion of the fee received for Jack Rodwell on Belgium international Kevin Mirallas.

It all went quiet for a while, and with Arsenal apparently looking uninspiring in their opening game against Sunderland it would have surprised no one if the Olympiacos forward – thankfully we won’t have to mention them and their indeterminately spelt name again – had been signed at the last minute by a desperate Arsene Wenger.

But no, he joined the Toffees instead and gave possibly the blandest interview ever to the official website. In fairness, his translator tried to jazz it up a bit and inject a bit of enthusiasm into proceedings, but Mirallas had a look that said, “Where the fuck’s this Concert Square they keep telling me about?”

It seems a thankless task for the eager beaver club media sort, trying to get something worthwhile from anyone at a windswept Finch Farm, not least David Moyes, who looked as if the lad had come in and asked him whether the big scratch down the side of his car was new. That said, it’s got be better than writing news stories about an exciting new deal with Crabbies, who are proud to be the club’s alcoholic ginger ale partners. Ace.

And that’s about it. We expect United to be good on Monday night, but there is also a feeling that this is shaping up to be the most dangerous attacking side that Moyes has had during his time at Everton, even though Mirallas wasn’t signed in time to be eligible for this match. You can’t help wondering whether Moyes might have been given a slight wake-up call in the summer when he saw managers with records that bear no comparison to his, results-wise, being considered for pretty big jobs merely on the strength of the style of football that their teams play.

Does he think that perhaps he needs one more string to his bow if he is to ever be a real contender for one of the very top jobs in the game? That’s not to say his team don’t play good football – they often do, despite what even some Evertonians will have you believe – but there is definitely a perception that he is a bit one-dimensional in his thinking.

That could all be bollocks like, but it seems a believable enough hypothesis so we will run with it for now.

This piece was brought to you in conjunction with the film The Wedding Video, starring Rufus Hound and Robert Webb. Critics say “It’s funnier than finding a lump. Just.”

One thought on “Manchester United And That”